You are here: Home / Relationships / Why You Should Commit Your Plans To The Lord And What Happens When You Don’t 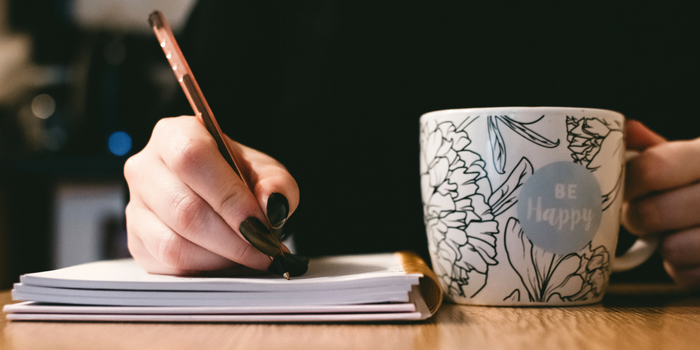 Have you ever worked tirelessly towards something that never seemed to work out?

I was in a career that I entered into only because I was in need of a job. It wasn’t something I was planning on doing but shortly after being in that position I really started to enjoy it. In fact, I made plans to be in this role long term. I couldn’t see myself doing anything else in life. I envisioned growing with the company, being promoted to higher positions, and dreamed of the success that would come.

Month after month I was working countless hours to build and grow the team I managed. Every time I would get a growth spurt and feel like I was finally achieving something, it would all crumble. People would quit, become lazy, or flat out lie about numbers.

I felt like I was constantly running in place. I was tired, overworked, and let down. I sat on my bed after a rough day and more calls from people quitting and said out loud, “I wish I was ‘called’ to this career because then maybe I would be successful.”

Why was I working so hard to make something work for my life if I’m not truly called to it? Why was I trying to make this career become my calling and how long was I willing to work tirelessly on something that was only meant for “right now?”

While looking at all my files and work supplies, all my goals and hopes, I told God, “If you don’t want this for me, then tell me. I will walk away from it all.” In a still small voice, I heard the Lord say, “Walk.” It took about a month or so to process what God was asking me to do and take the steps to walk away from something I had built, but I knew I had to do it.

As soon as I started walking away from a job that was only meant for a season, I started walking towards Christ and what He was calling me to. The next year was a huge shift in my career and I started to see the favor of God and His blessings over my life. I was seeing what walking in God’s exact will looked like.

This job wasn’t wrong for me to be in, God provided it for the time I needed it. However, my heart towards it was wrong. I was wanting this job to be a career while God had other plans for me. Proverbs 16:3 says, “Commit to the Lord whatever you do, and he will establish your plans.”

I remember a friend telling me once when she was in college she was assigned to work at a specific school for her degree. She didn’t want to work there because she knew it was a challenging school but in her heart, she knew it was where God wanted her to be. However, she fought to get her assignment changed to a different, seemingly easier school, and she got what she wanted.

The next semester was full of hardship and difficulties from the new school she was in. It was a struggle every day and she realized then, had she let go of control and walked in God’s will instead of her own, she would have had a better working experience along with having God’s favor over her life. Are you tired of feeling like you’re constantly running in place?

It’s normal to see all the paths in front of you and make logical decisions based on what your eyes see. It’s common to like the path you’re currently on and have no desire for change. It’s easy to see something that appears to be good or perfect and choose that plan instead of trusting what God is speaking to you.

When you’re on the path Christ has paved for you, you will carry His favor and success will pour out over everything you do. It may look similar to the way the world measures success, but it might not. Success in the eyes of Christ sometimes looks totally opposite then the world, but it comes with joy and peace beyond all understanding.

If you’re unsure how to get back on the correct path or how to start living the life God has called you to- ask Him what steps you need to take. He may ask you to walk away from a career like He did to me. He may put a strong desire in your heart to accept an opportunity that doesn’t look “perfect” on the outside like He did with my friend. Or, He may encourage you right where you’re at.

Today, walk in joy and peace. Trust Him with your plans and future by living that out in your daily life. Know that when you are walking in His will- favor and blessings are in abundance. Your hard work won’t end with empty exhaustion. Rather, God will take your work and establish and align it according to His plan for you.