You are here: Home / Spiritual Growth / Self-Care v. Selfishness: Why It’s Important To Know The Difference 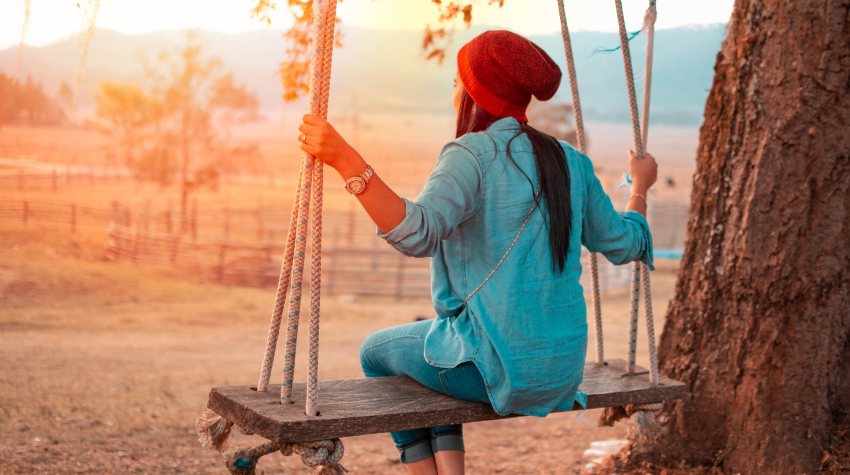 On a cloudy afternoon, I sat across from a friend who I had met for lunch. She knew I was facing some difficult challenges and I cried while sharing some updates with her. The weight of what I was carrying felt unbearable. She listened intently as I opened up about everything and finished by telling her how I needed to be selfish. I needed to make some decisions that were best for me and my family and if that meant I had to be selfish- then so be it. As soon as those words left my mouth I felt the Holy Spirit convicting me. While driving home after my lunch outing I asked God why what I said was wrong. I knew I needed to care for myself and my family. I knew I needed to protect us. And right as I finished asking the simple question, a simple thought came into my mind: “There is a difference between selfishness and self-care.”

When you look at the life and ministry of Jesus and read about the Fruit of The Spirit (Galatians 5), selfishness is never a character trait ascribed to Christ or the Holy Spirit. Frankly, everything you see about the life of Jesus is quite the opposite.

When you’re in the midst of a truly challenging season, do you tend to do one of two things; isolate yourself or excessively press in?

What I mean is, do you completely shut out everyone around you by being consumed by the stresses of life, or do you dump all your struggles on others the second you see a listening ear?

Friend, if this is you, there’s no judgment. I used to struggle too.

When you’re walking through a valley it’s easy to run away and shut everything out because it hurts too much. It hurts to talk about it, it hurts to think about it, it hurts to even acknowledge it- so you run. Far away from anyone or anything that will help you, support you, or bring accountability. In the same breath, it’s also easy to overshare. To open your heart to anyone who will give you a minute of their time, to retell the same story or thoughts over and over again because all you want is someone to understand the pain you’re sitting in.

In Matthew Chapter 14, we see Jesus being told about the beheading of His dear friend John The Baptist. This deeply saddened Jesus and He chose to leave His friends and go to a mountainside to pray and spend time with His father. He was grieving and needing some time alone.

When Jesus left to pray, He got into a boat to cross the Sea of Galilee. However, people had heard He was coming, so they rushed to the seaside to meet Him there. People from many different towns traveled by foot to get a chance to speak with Jesus, because of this, a large crowd had gathered. When Jesus arrived, He was met with people who were hungry, sick, and in need. Scripture then tells us He had compassion on them. So, He proceeded to spend time with the people. He listened to them, healed them, and then fed them- all five thousand men and their families.

After performing miracle after miracle, Jesus sent the people home and told the disciples to cross back over the sea and for them to make their way back. He then continued onto His original plan of going into the wilderness to spend alone time with the Lord.

Interesting enough, what Jesus didn’t do was, get off the boat, see their need, and tell them He couldn’t help because He just lost a dear friend and needs to be selfish with His time. Nor did He look at them and say, “I know you have needs but mine is greater because my friend was murdered…” and continue to have word vomit on them.

Instead, He paused, saw a need, and served those people.

While Jesus still gave Himself the time He wanted with His Father on the mountain, an important part to note is, He didn’t stay there. He didn’t reject relationships because He was too self-involved in His grief. He didn’t isolate Himself because His pain was too great. He spent all night praying, grieving, and going to God for comfort. And then, He left the mountainside. Where we see Jesus next is walking on water towards the disciples and calling Peter to walk out on the water as well.

Nothing in Jesus’ journey of grief was selfish. Nothing in His actions or words towards others screamed or shined a light on Him and it’s because Jesus knew the difference between selfishness and self-care.

Friend, I don’t want you to live in that place of selfishness. When you choose to isolate you’ll be left hurting alone and ignoring those who love you. When you choose isolation as a self-protection method, you hurt those closest to you and you’re at risk of damaging or losing those relationships. You’re also preventing those around you an opportunity to support, help, and provide for you. You’re not meant to hurt alone, you were not built to handle that. God is your strength and He often uses those around you as an aid in your healing.

When oversharing is your method of dealing with your hurt, there is a lack of discernment on who you’re sharing what with. Which runs the risk of your hurt being a subject of gossip, judgment, belittling, or mocked. There’s also a lack of care for the person who’s hearing your pain and what’s going on in their life. They’re there giving their time to sit with you and hear your heart, but when there’s not a care about their life, their reality, they will begin to feel used.

As I encourage you on this, I’m speaking from a heart of experience. I had the tendency to keep things in. To keep it in their nice safe place because it hurt deeply when brought to the surface. I used to not let others in on what’s going on in my life and because of that, it inadvertently caused me to keep others at an arm’s length distance at all times. I never allowed others to help, see my pain, or get close enough to potentially hurt me even more. I became this way after years of doing the opposite. Going to anyone who would give me a second of their time to share with them what was going on. I lacked complete discernment and was only looking for instant gratification. This caused me to walk through a lot of judgment, misunderstandings, and pain.

Personally, I had to learn the balance between the two and I want you to learn what God taught me. To allow the Holy Spirit to lead your conversations, not only with whom they took place, but also when. Because, just as there are people you shouldn’t open up to, there are also times where it’s not the place to share.

Friend, may I remind you; there will be a time where this valley you’re currently in will end. Nothing lasts forever. Nothing. Because when you’re in the thick of it- I know how it feels endless, there’s zero way out, and you don’t know how you’re going to survive when you’re barely treading water. But, there is an end and what I don’t want for you is to walk out of your valley bruised, broken, hurting, and alone. I want you to walk out and straight into a season of healing, restoration, and surrounded by those who love you deeply.

If it wasn’t for a few friends and family members, I don’t know how James and I would have walked out of this past year. We were put through so much turmoil and our family and friends gave us the time to listen, offered help, and did so in practical ways, prayed with us, and over us. James and I could’ve easily withdrawn, took a break from ministry/leadership, and isolated ourselves to heal from what this year threw at us. We also could have walked around throwing up on anyone and everyone who would listen and risked being hurt even deeper by the gossip train or people with non-pure motives.

Instead, we took some small weekend trips as a family, lessened some of our responsibilities, and spent time together alone. We also continued to serve our church, go to our pastors, a few close friends, and family members, and shared with discernment and in turn received much-needed prayer and encouragement. We continued to invite friends over, have game nights, and care about their needs and struggles. It kept our hearts aligned properly to remember those who love us, and our struggles are not the only struggles. We’re now in our season of healing and restoration and because we took time for self-care, our marriage only grew stronger, our relationships with others expanded, and our trust in our Lord deepened.

And I want that for you.

Matthew 14:13-14 says, “As soon as Jesus heard the news, he left in a boat to a remote area to be alone. But the crowds heard where he was headed and followed on foot from many towns. Jesus saw the huge crowd as he stepped from the boat, and he had compassion on them and healed their sick.”

« Breaking The Mother-In-Law Norm: What Losing My Mother-In-Law Taught Me
To My Fellow Control Freaks; How I Learned To Trust God And You Can Too »