You are here: Home / Relationships / Just Because Someone Says Something About You Doesn’t Automatically Make It Truth 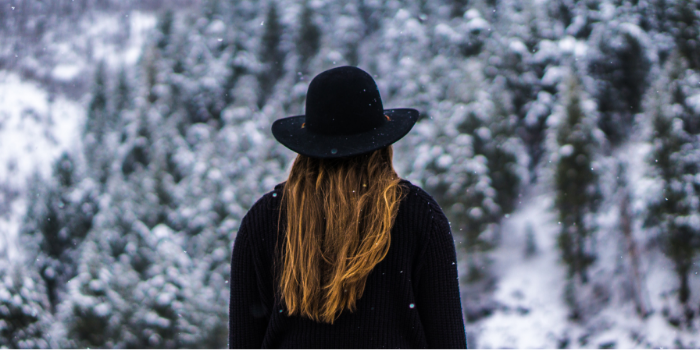 A few years ago I was sitting in the office of a friend/co-worker. We were catching up on some upcoming changes in both of our lives and visiting with one another since we didn’t get to see each other often.

The walls in her office didn’t go all the way up to the ceiling and outside of her office was more co-workers in cubicles. While chatting, another co-worker came back to her desk which was right outside my friend’s office. She had no clue that I was behind the door next to her desk and she started talking poorly about me to the person seated by her.

My friend and I sat in silence in her office while we overheard their entire conversation. It went on for a few minutes until they both decided to continue their conversation into the breakroom, outside of our hearing range.

I looked at my friend shocked and asked her if the things they were saying about me were true. She looked over at me and with sincerity in her voice she said, “Just because someone says something about you doesn’t automatically make it the truth.”

For the rest of the day, I struggled with wondering if the things the two women said about me were true. I reached out to my friend that evening and asked her about her response to the negative words. I explained how I knew in my heart I wasn’t those things, but what if I was missing something. What if I wasn’t seeing something about myself that others were.

She reminded me how scripture tells us that whatever comes out of our mouths is a reflection of the heart. She shared how what we overheard showed more about those two women then they did of the subject matter; me. She encouraged me as my friend, who knows me better than those two women that I wasn’t any of those things they stated. Have you ever struggled with this too? You hear things others have stated about you and wonder if they’re true? You let the words eat away at your heart and you become deeply hurt.

There’s a time a place for constructive criticism. There are times where people will say things about you, even from an ugly place, that can still have strands of truth in it. And those times require you to sit with Christ and allow Him to show you the truth within the hurtful words and how to change it.

However, what I want to focus on today are the times where people say things about you that aren’t true. They’re saying it out of a heart of bitterness, jealousy, or immaturity. Or they’re saying it from an incorrect perception or judgment of you.

It’s hard to hear comments others make about you and not wonder if there is truth to it. It’s easy to allow their words to automatically be truth while struggling to accept the truth of who Christ says you are.

When we hear those hurtful words, we’re quick to believe them as truth. We start to worry if others think that of us, we become upset that giver of those words might not like us, and we feed those hurtful words and allow them to grow roots in us.

The words of God tells us that the heartfelt counsel of a friend is as sweet as perfume and incense (Proverbs 27:9). When James and I first started fostering our son Manny he called us by our first names, because he was supposed to go back to his birth mom. When his plan changed and we stepped up to adopt him, I never pushed him to call us Mom and Dad. I was pretty adamant that I was going to let him make that decision on his own since he was a preteen.

Shortly before the adoption was finalized, I was sharing with a friend some struggles we were going through with our son and his struggle in seeing us as his mom and dad. My friend told me she knew we never pushed him to call us mom and dad and she felt that was right for a period of time. But she encouraged me to change, she explained how as a family we have moved past that and if we wanted our son to see us as his parents we needed to make him call us mom and dad.

I knew she was right, James and I both agreed and we talked to our son about it and that was the first step in him not only accepting us as his parents but seeing us that way too. There are times in your life when a friend will share something with you that is true and even if it’s hard to hear or something you’ve never thought about- it will be like what scripture says; heartfelt and sweet. Do you know what Christ says about you?

Christ says that you, friend, are the head and not the tail. And if you follow Him you will always be at the top and never at the bottom (Deuteronomy 28:13). So, don’t believe the words from others who say you’re not good enough. Don’t believe the lies that make you feel like a victim and a failure.

When people who know your past keep bringing it up and holding it against you, remember that you are a new creation in Christ (2 Corinthians 5:17). You have been transformed, renewed, and set apart for God’s purpose (1 Peter 1:23)

When you’re living a life for God and others see it and criticize you know that when you live your life according to God’s word your life will be blessed (James 1:22).

No matter what the hurtful words are that others say about you, remember above all else that God has called you to live by faith in Him and your faith will extinguish all the attacks of the enemy. (Ephesians 6:16).

Friend, walk in truth today knowing you are who Christ says you are. You are not the lies of the world.

« The Untold Truth Of Adoption: Just Because You Can Doesn’t Mean You Should
To My Friend Who’s Praying For A Baby »