You are here: Home / Relationships / When Forgiveness Feels Hard 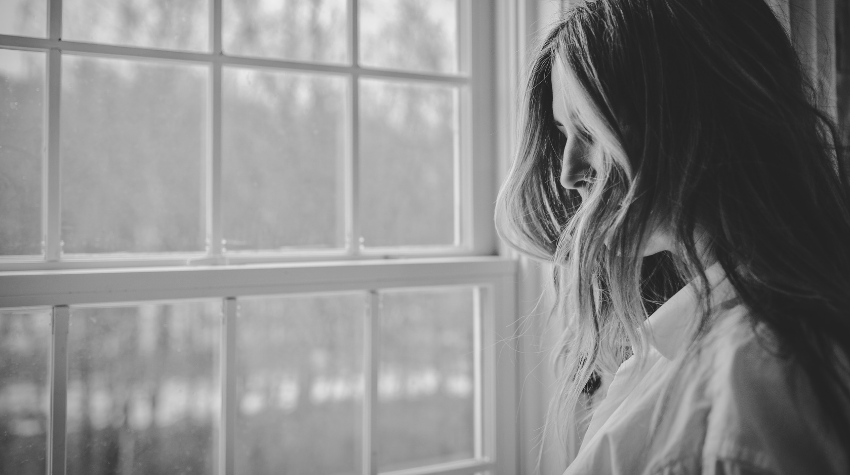 Have you been hurt by someone and don’t know how you could possibly let go of the pain that pierced your heart so deeply?

Do you struggle with replaying those events over and over again in your mind while simultaneously stirring up all those emotions again?

Friend, I’m right there with you. I’m not coming to you from a place where I’ve mastered forgiveness and have taken control of every struggling thought. I’m coming to you from a place that is better than it was years ago but can still be a struggle. A place where I’ve allowed the Holy Spirit to lead me and follow His convictions. Where I had to suck up my pride and learn to free myself by letting go and allowing God to do His job while I do mine.

Those are some serious action steps to take when you’ve been hurt especially when the last thing you want to do when someone has done you wrong is to pardon them. I want to be sensitive to the hurt you may have experienced in life. There are valleys you’ve walked through that have hurt you deeply. You’ve had things said or done to you that never should have been said or done. The weight you carry from those experiences is heavy and understandable. So, me encouraging you to forgive is not to minimize your emotions, it’s actually to acknowledge the depth of them. You don’t forgive things that aren’t wrong, minimal, or shallow. Forgiveness is for when a wrong was done, a sin was chosen, deep pain and sting occurred.

… saying what the person did was OK. Because it’s not. If what they did was OK, then there wouldn’t be the need for forgiveness. Rather, it’s choosing to not hang on to the offense or pain because it will rob YOU of your freedom. When you hang on to pain, the offender goes on with their life while you’re trapped in the bondage of unforgiveness and never fully moving on.

… forgetting what happened. God gave us a brain and one of its amazing abilities is the part that stores our memories. It’s almost impossible to forget and in some cases, it’s vital we don’t- for our own physical and mental safety. When we have the mindset we must forget, it creates this unrealistic expectation to achieve something nearly impossible. If we switch our thinking from ‘forgive and forget’ to ‘forgive and set new boundaries’ it makes it attainable and helpful. There are times where someone hurts you and you can forgive and move on in the relationship. However, when it’s repetitive, sinful, or toxic behaviors we must always forgive but then set new boundaries to protect ourselves.

… reconciliation. For reconciliation to properly occur, it must be desired by both individuals. The one who did the offense must be repentant and make things right if possible. In addition, they should work at rebuilding trust. If they’re not willing to do all of those things, then full reconciliation in the relationship will never occur. Sometimes reconciliation just isn’t possible.

Matthew 18:21-22 says, “Then Peter came to Jesus and asked, ‘Lord, how many times shall I forgive my brother or sister who sins against me? Up to seven times?’ Jesus answered, ‘I tell you, not seven times, but seventy times seven.’ “

During biblical times, the Jewish rabbis required those who followed the law to forgive a person who was guilty of the same offense three times. After the third time, they were then free to stop forgiving because the offending person had exhausted any reason to be forgiven.

When Peter asked Jesus if they needed to forgive up to seven times, it was because Peter knew Jesus was creating a higher standard of living. Peter also knew that in his language, the number seven had an additional meaning of completion and perfection. So, Peter thought forgiving someone seven times would be the new requirement. However, Jesus’ response is telling. He tells Peter that we need to forgive seventy times seven, which means there is no limit to the number of times we extend forgiveness.

So, why? Why does Jesus call us to forgive everyone, always, no matter what the situation is?

Matthew 6:14-15 says, “If you forgive those who sin against you, your heavenly Father will forgive you. But if you refuse to forgive others, your Father will not forgive your sins.”

Mark 11:25 says, “And when you stand praying, if you hold anything against anyone, forgive them, so that your Father in heaven may forgive you your sins.”

Forgiveness seems unfair until you look at it through the lens of our own brokenness. It’s clear Jesus doesn’t like hypocrites, so we can’t ask God to forgive us while standing there harboring unforgiveness in our hearts towards others.

Such a simple concept, forgive and you will be forgiven, yet a lofty standard of living especially when someone’s words or actions have utterly destroyed your life.

James and I fostered a girl who was fifteen years old at the time. She was in our care due to her father being arrested for physically and sexually abusing her. Before the court hearings, she was given a transcript of a conversation she had with a counselor. Her attorney gave it to her and told her to reread it, sign it, and that will be turned in as her official statement of the abuse she endured.

This teenage girl, who had lived with us for about three months at this point, handed me the transcript and asked to hold onto it over the weekend. She gave me permission to read it and that evening I spent two hours reading through her statement of the detailed abuse she endured for years. I sat there and bawled. I’ve never read something so gruesome, so grotesque, I didn’t know how I was going to sleep that night now knowing what I did. The abuse she endured was horrific. I have no clue how she was able to even smile throughout the day.

During the week of her trial, I sat with her outside on our back porch and asked how court had been going. I knew it had been wearing on her since she’d come home and sleep the rest of the day. She opened up and shared some details and her emotions during it all. At one point in the conversation, she looked at me and said, “Do I have to forgive my father for what he did?”

Friend, that question stopped me dead in my tracks.

It’s one thing to tell someone to forgive when they’ve been gossiped about or had lies said about them. It’s a whole other layer to look an innocent child in the face who has endured things no one should ever have to nor could imagine and tell them to forgive.

All I could think about at that moment is all the times in scripture where Jesus says to forgive. He knew the deep valleys we would be walking through so clearly there is a reason behind His command. I looked this girl in the eyes and gently said, “Yes.” I went on to explain how she is fifteen years old and has been impacted by her father’s actions, rightfully so. I shared with her that I didn’t want to see her father win. I didn’t want to see her in the same place she is in today be the same place she is in ten, twenty, thirty years from now. I didn’t want to see her choose male partners who would treat her poorly or eventually start self-medicating. I told her that I wanted her to forgive her father so she can live fully. I wanted her to win.

I then shared with her something I want to share with you. My hope in sharing this is maybe it will make the action step of forgiveness possible in your life. I have no clue the details of the paths you’ve walked, the ways people failed you, rejected you and mistreated you. I don’t know the choices you’ve made that you now look back on with regret or the time you’ve felt you wasted. But, what I do know is this, we have a specific job that Jesus gave us when it comes to forgiveness, but God also has a job and His job is to be the judge.

James 4:12 says, “There is only one Lawgiver and Judge, the One who is able to save and to destroy; but who are you who judge your neighbor?”

Romans 12:17-19 says, “Never pay back evil with more evil. Do things in such a way that everyone can see you are honorable. Do all that you can to live in peace with everyone. Dear, friends, never take revenge. Leave that to the righteous anger of God. For Scriptures say, “I will take revenge; I will pay them back,” says the Lord.”

When we cross over into God’s role of being the judge, that is when forgiveness becomes hard. We so badly want to see repercussions for people’s wrongdoings. We want our hurt to be justified by the consequences given to the person who wronged us. We want them to hurt as much as they hurt us.

I’m right there with you, friend. I have been extremely frustrated when it seems like people have gotten away with their hurtful actions and wrong choices. I’ve been so bothered and full of anger when I’m left to deal with the hurt and pain of someone and they get to walk away squeaky clean.

However, it’s not my job to be the judge and jury. It’s not my job nor is it yours to be the one who determines when and how someone receives their consequences. It’s the job of the one and only true judge. You and I should be thankful that it’s no human’s job to be judge and jury. That our discipline, correction, and judgment is not in the hands of an imperfect human but that it is in the hands of a loving, grace-filled, just, and fair God.

Our job is to forgive. To pardon them of their wrongs. And then let God do His job and serve justice.

At times it may not seem fair, but it is.

We only know what we know and see what we see. God sees all and knows everything, even the depths of the person’s heart; something you and I could never know. His judgment is the best so while at the moment we are left with an overload of emotions, it’s our responsibility to allow forgiveness into our hearts and to do our job while God does His.

So, while I wanted to see the girl who fostered win, as your friend, I want to see you win too. And winning means victory through Christ and His given ability for you to forgive others.