You are here: Home / Spiritual Growth / Waiting on God’s Promises 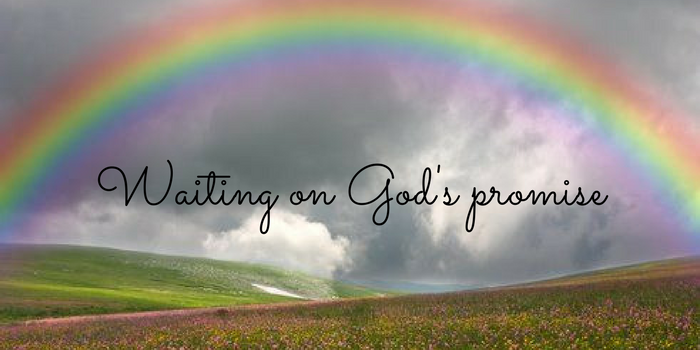 At the beginning of the year I shared that this year was the year of Promise for my family. God has given James and I dreams and visions and throughout the years we have seen God reveal more and more of what those dreams and visions look like. As well as changes be made in our life to bring us closer to them.

Within the last year or two we made some major life choices that affected where we lived, what ministries we were apart of, what friendships we allowed in our lives, and what we financially invested in.

With each change there was some frustrations, hurt feelings, and disappointment. However, through it all there was peace knowing God was guiding us. Each changed showed us more and more of who God wants James and I to be and more of his promises in our lives.

I started the year strong knowing that this was the year that we would walk in those promises. I prayed it everyday. I could see how the last few years were years of moving us to be in the position to be capable of living those promises. I felt that it was all at the tip of our fingers.

Then, one day I got frustrated. I felt like there was so much movement in our lives and then nothing. Like someone hit the pause button. I felt that all movement around me stopped and now we are in a waiting period.

I was praying one day and I told God that I was frustrated with the way I was feeling and how I knew that this year was going to be the year of promise. But a few months into the year- nothing! Nothing was happening. I didn’t understand. God so kindly spoke to me, “I could make all your dreams come true on December 31st and it would still be the year of promise. And, you won’t be complaining on January 1st 2018” BOOM!

As soon as that thought entered my brain I chuckled and knew God was right. I then repented. I needed to stop complaining, trust God’s timing, and still proclaim that this year is the year of promise.

3 For still the vision awaits its appointed time;

it hastens to the end—it will not lie.

If it seems slow, wait for it;

it will surely come; it will not delay.

God has incredible timing. Everything always happens right at the perfect moment. It is never too early or late. During waiting seasons like this I often like to think back on promises that God has already made. When I was 16 God told me that I was going to marry James. I waiting on that promise and 5 years later we were married. God promised me that I would attend theology school in Florida and for a long time I watched him change my parents heart to allowed me to move a thousand miles away. God promised me that I would be a mother to many and at an early age I have already been a mom to almost 50 kids. God promised that we would live in the town we do and when we were looking to buy houses to move back home there was NOTHING on the market and literally last minute God gave us a more beautiful home in the most perfect location then I could have asked for. This is just a snippet of the promises that I have lived and even sitting here writing about it and remembering even more promises, I feel so encouraged.

This year is The Year of Promise. I don’t know what it will look like or how it will come about but the one thing I do know, God is always faithful. He will fulfill the promises he made. In the Bible God uses a rainbow as a sign of his promises to his people. It is mentioned about a handful of times in scripture. Today I am praying that God shows us a rainbow. To remind us that he hears our prayers, he cares, he is in it with us, and that his promises will be kept.