You are here: Home / Adoption / When a child finds out they will be adopted 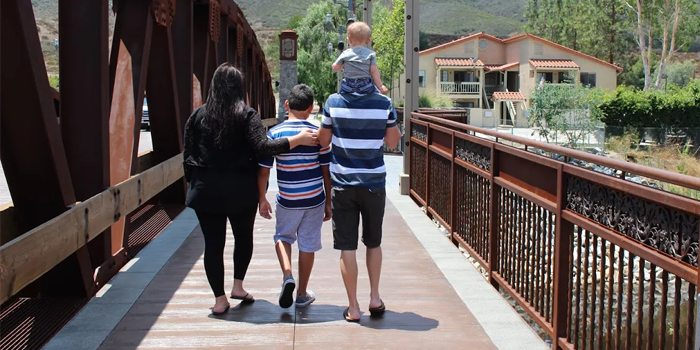 Telling a child that you are going to adopt them is the best news for you, but for the child, it’s the hardest news. It means no more reconciliation. All the promises that were made to this child from his family were now empty. Everything they once knew was now gone and their future has been forever changed. Our son’s case worker was amazing. She let us decide how and when we would tell him we would now be adopting him. We chose to be open and honest with our son because of his age. He was ten at the time. However, we still kept that in mind and presented the truth in a way someone of his age could understand.

He cried. He didn’t want a hug.  He just sat there and cried. So my husband and I did the only thing we knew to do at that moment and that was to sit with him. He then asked where he would go and who would take him. At this time, we had our possible moment. We could have our moment to tell him that we would be adopting him and how excited we were to never have to say good bye. We could have our moment to share this news with smiles and happy tears. We could have our moment to celebrate and all be joyous of this future. That this present that we were living in has now become forever. Our moment was here. We told him that we would be adopting him. That he would stay with us. There were no hugs, no smiles, no joy, and no celebration. There was silence that then was filled with tears.

Our son experienced a loss that day. We needed to allow him to grieve before he could ever joyously accept his new future.

We needed to be OK with a delayed celebration. This loss was going to be a part of him forever. It was going to always be a part of his story and we needed to allow this part of his story to grieve. I did not want his story to end here. Without allowing this time, his story could be stuck here in this moment forever. We spent the time following this announcement encouraging an environment of conversation led by our son. We wanted him to know that at any moment he could freely and comfortably share his current thoughts and emotions. My husband and I chose to ask how he was doing. As his mother it was hard to ask how he feels about his mom and how he misses her. But I love him so much that I had to look past my emotions and be there for my son.

Our celebration of a new family was delayed, many times. There were some moments where we could see he was happy and he would ask questions about his future with us. There were also those moments where he was sad and frustrated about his life story. We allowed those moments and eventually those moments became less and less as he started to heal. We knew there was nothing we could say or do that would change his hurt. He needed the Lord to heal his heart. He needed the Lord to fill the void in his heart that his mother caused. I had to accept that I could not fill that void and look to God to guide me as his mother now.  There is a new place in his heart for me and for this new place to really open up and accept me, he needed to heal.

Our celebration came over a year after we told our son that we were adopting him. When he was ready to celebrate. There were hugs, smiles, laughter, and lots of talk on the future. Though healing is happening in his heart, it is not complete. There will be moments as he grows up where the hurt will present itself. It’s our job to encourage him to face that hurt and deal with it so he can move forward.

Celebrating an adoption with your friends and family is so much fun. Celebrating an adoption with the child you are adopting is so much more. Keep fighting for that celebration. It may be right away, a year from now, or ten years from now. Push through the emotions and fear of rejection and allow your child to get to their celebration in their own time. Our celebration was different then I thought and imagined. But it’s our story and from here we build our story together.