You are here: Home / Adoption / The Silent Boundaries Part One 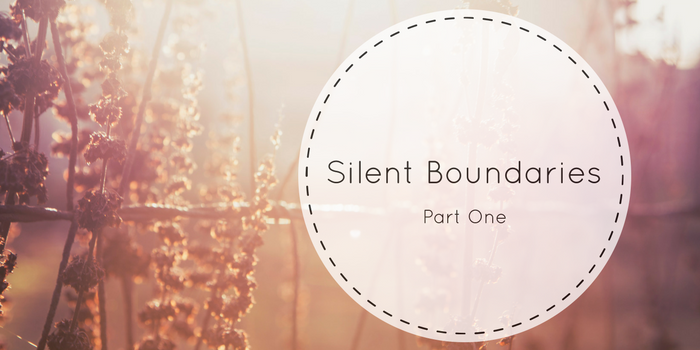 Most parents teach their children what appropriate boundaries are. We teach kids who they should and shouldn’t talk to. We teach children to not get into cars with strangers, to be aware of their surroundings, and to always scream, shout, and fight back if someone is trying to take them.

You may ask, how is sexual boundaries silent boundaries? Predator’s will groom their victims and the family before they take the final plunge. They will start slowly crossing lines, being very careful and purposeful on who is watching them, they will be vocal about their behavior in an excusable manner, and they will make sure that everyone around them thinks they are safe. That is when they hurt the children. It is silent because most parents don’t realize what is even happening right before their own eyes.

Most of the victim’s predators are family members or friends of the family. More often then not they are adults who are left to care for children. Meaning, they know the child, they know the family, they know the home, school, activities, and all the ins and outs of the child’s life. It’s scary actually when you think about it.

Predators will act lovingly vocally and physically to the child in front of others. They will share about how much they love the child and each time push the boundaries a little more. This is when they groom the victim and the family at the same time. They will often speak gently and come across warm and welcoming. If confronted on their actions at this level they will be apologetic and seem to have compassion and state they feel bad making the family think those things. They will then back off for some time, gain the parents trust again, and then start grooming all over again. They will do this over and over as long as the family allows that child to be near that adult.

I have seen what happens to these kids who have had their boundaries crossed. I have seen what it does to their future if they don’t heal properly. I have seen when adults know a child is being abused and turn their head the other way. I have seen groomers first hand working the children and the family. I have been trained by the state on what to look out for, what the red flags are, and when and how to report. I don’t take it lightly. This is something that weighs heavy on my heart and absolutely disgusts me. Since I’m already being really honest in this post, it outrages me. Innocent children are hurt everyday within their own homes, schools, churches, and various clubs because the family trusted the wrong person. Because people didn’t want to possibly believe that their beloved friend, family member, or someone with a fancy title was ever capable of doing something like that.

I’ve had to have tough discussions with people who I saw red flags in. I’ve had to take my children out of the care of others who were by the book; groomers. I’ve had to explain to good friends, that even though I appreciate their offer to babysit, that I have to decline. Not because I’ve seen red flags with them specifically, but because I have a small group of people who I can trust with my children. I would rather be wrong about someone and take my child away from them, then to be right and stay because I am afraid to offend someone. Even more so, I would rather speak up and be viewed as the crazy ridiculous one to potentially save another child. And yes, I have had that experience too. My reputation can take a hit amongst adults who are uneducated in this area for the sake of the safety of their child. I’m ok with that.

By typical standards, M’s state file is pretty clean. However, that doesn’t mean that I think everything possible that could have happened is known. I still put extra boundaries in place, just in case something is missing from the file. Even if nothing sexual has happened with a child, the fact that they have been through the foster care system and adopted makes them easier to succumb to a predator’s actions due to being in a transition, unknown time in life. If you are adopting a child through the state and no sexual abuse is listed, it is still wise to understand that there probably still was some level of sexual abuse and take precaution anyways.

If a child has been abused physically, sexually, or witnessed abuse, it is vital to be aware of possible triggers and dangers. They are more susceptible to future abuse because of their history. They are more susceptible to abuse and not say anything because they’ve been through it before.  Having boundaries for all children is vital and even more important if the child has been through state care.

Have you have been in a situation where you’ve seen red flags with an adult? Or, something just seemed off, like a gut instinct? What did you do? What are ways you protect your children from those predators?