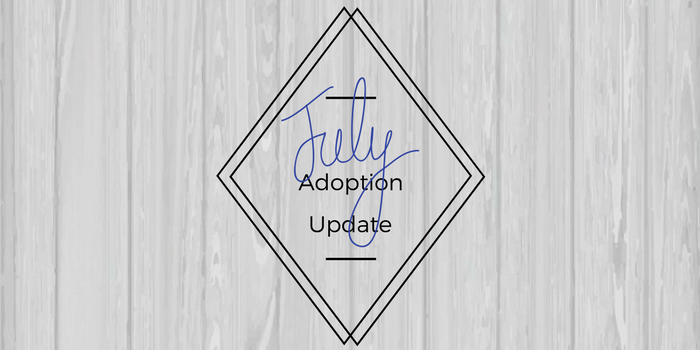 This process has been nothing shy of eventful and emotional for everyone involved.

On the last adoption update I shared how the agency that was handling the adoption closed it’s doors in December due to losing their contract with the Department of Child Safety. We had to wait for his file to be transferred back to the state and be assigned a new caseworker.

After sometime a caseworker reached out to us. We have been working with her and she is amazing! She is someone that we actually knew from our time in Arizona and she has a great reputation as a caseworker. It has been an answer to prayer to have her on our team. She actually found many ways that Arizona was suppose to be sending us money for M for certain things and how they haven’t been. She quickly filled out the requests and sent funds that Arizona was holding on to! Crazy!

So what has been happening lately?

Well, we had to fill out some more paperwork that determines our monthly subsidy after the adoption is final based on M’s needs. There were several appointments that M needed to go to and have a Dr. fill out forms to state his current level of health. This took some time since not every office could get us in right away. We mainly had to get him a general physical, dental appointment, speech therapy assessment, etc.  Once all those appointments were done, we sent that paperwork off to Arizona.

After that, our caseworker in Arizona had a conference call with James and I on the different avenues we could take to finalize the adoption and which attorney to select. We choose the route and the attorney and we waited for the attorney to contact us. Then, the attorney sent us the final adoption paperwork. We filled everything out and had it all notarized. We were sending them back to Arizona and at the time, once the attorney received them, she would schedule our adoption court date 4-8 weeks out. We thought everything was FINALLY done. But, in great Arizona tradition, nothing is ever that easy.

The attorney called to let us know that during the month that M’s files were being transferred back to the state after the private agency closed its doors, our certificate to adopt expired and Arizona never renewed it. What is a certificate to adopt? It is a small piece of paper that a judge signed off on stating that James and I were financially and mentally in the position to successfully adopt. It is “good” for a certain period of time and can be renewed twice. Our attorney let us know that while M is legally allowed to be adopted, we are no longer legally allowed to adopt him. All because Arizona forgot to renew our certificate to adopt. CRAZY right!?

Sometimes I have to just sit back and laugh at all of this.

Arizona law use to state that the only way a adoption can be finalized in Arizona is if the family resides in Arizona. So at first, we were doing everything we needed to do to finalize in Ohio. However, while completing all of that, Arizona changed its law stating that a family can finalize in Arizona, even if they live in another state, as long as the child is from Arizona. When the law changed we decided to finalize in Arizona because it would be much easier for many reasons. All of M’s paperwork is there and they were not sending us enough information to finalize here, it’s free there where here in Ohio we would have to pay etc. At the time, honestly, made more sense to finalize there.

Ohio is not a court order, because Ohio does not do court ordered certificates to adopt.

Our attorney let us know that Arizona and New York are the only two states that do court order certificates to adopt (where a Judge approves), all the other states do a certificated to adopt that is approved by the agency, and never goes to a judge.

Since Arizona changed their law to allow people to finalize in Arizona and not be residence, there are other laws that need to change with it, but just haven’t yet. Our Attorney is heading to court to ask the judge permission to waive the requirement to have a court order certificate to adopt since it was Arizona’s fault ours never got renewed AND because we are certified to adopt through Ohio (even though it is not a court order).

There are many people looking at our case to see what the judge decides since our situation is the first of many potential situations since that agency shut down. Friends, will you pray for the Lord’s favor? If the judge approves our Ohio certificate to adopt we can finalize in August/September. If not, then we have to finalize here, which is fine but may take longer due to Arizona never sending the correct paperwork. For many reasons, we want to finalize in Arizona.

This year is the year of promise over my family and this adoption is one of those promises!