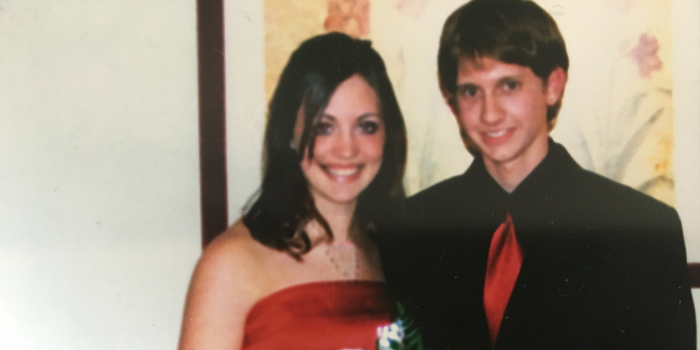 On September 3rd, 2013 at approximately 1:30am we met our oldest son for the first time. He was tan, dark brown hair, chocolate colored eyes, around 60 inches long, and weighed in at a whopping 90 pounds. It was also the day after his 9th birthday.

People talk about what it’s like when they meet their children for the first time. After long painful hours of labor or a nerve wracking c-section they see the child they’ve carried for what feels like 9 years instead of 9 months. People talk about all those emotions that run through them all at once. How all-consuming those emotions are that they cannot put into words. Many women dream of the moment they can lay their eyes on their baby and see their face for the first time. When I met my son, I had no idea that he would one day become my son.

Around midnight my husband, James, and I received a phone call that there was a young boy who needed a bed. A young boy waiting for someone to say yes so he can go to sleep that night. He arrived shortly later. Quiet. Timid. Had no interest in having any sort of a conversation besides in his dreams. It did not take long for the shell to break. For my husband and I to see his personality and his sense of humor. We did not know his past, only his present. From there we built our present with him. We had no idea how long this present would last. You see, up until this point my son has only had a present. He did not know where he would be living to make plans. He didn’t know what school he would be attending the following year or if he would even finish the year out in his current school. Everything was day by day. To him, it’s all he had ever known, it was his normal.

The days turned into months and eventually this young boy was a part of my family. It was strange to think of a time where he was not part of my family. He just fit, like he was always there. It was hard being told that these days would end when he would be reunified with his family. We prayed for this boy. He was kind and generous with a gentle spirit. We prayed that these pieces of him would grow and flourish and not be tarnished by the world and his uncertain future.

January 19th, 2015 we found out we were going to be parents. There was no blue lines or positive pregnancy tests that delivered the news. Instead, it was a phone call. A phone call from a case worker asking if we would consider adopting the young boy that became a young man in our house. Stating that things didn’t go to plan and they wanted him to stay with us. Forever. This young man has lived with us longer then he has ever lived anywhere else. We didn’t even need to talk it over; it was an immediate yes. I remember after saying yes and trying to comprehend that this was no longer going to end and how all of a sudden I felt overwhelmed, excited, nervous, and joyful. I was going to be a mom. I experienced all the same emotions women do when they see the positive blue lines. My son finally had a future. His future was our future.

I was 16 my son was born. My husband and I started dating almost a month after our son was born. We had no clue what our dating future held let alone there was a baby somewhere that was going to be ours.

I don’t know how much my son weighed when he was born. I don’t know what his first word was or how old he was when he first walked. I don’t know if he had a blanket or a stuffed animal that he carried everywhere. I don’t know what his first day of kindergarten was like and I never met any of his early childhood friends. But what I do know is the first time I laid eyes on him he was tan, dark brown hair, chocolate colored eyes, around 60 inches long, and weighed in at a whopping 90 pounds and it was the day after his 9th birthday.